The Fool Who Wonders 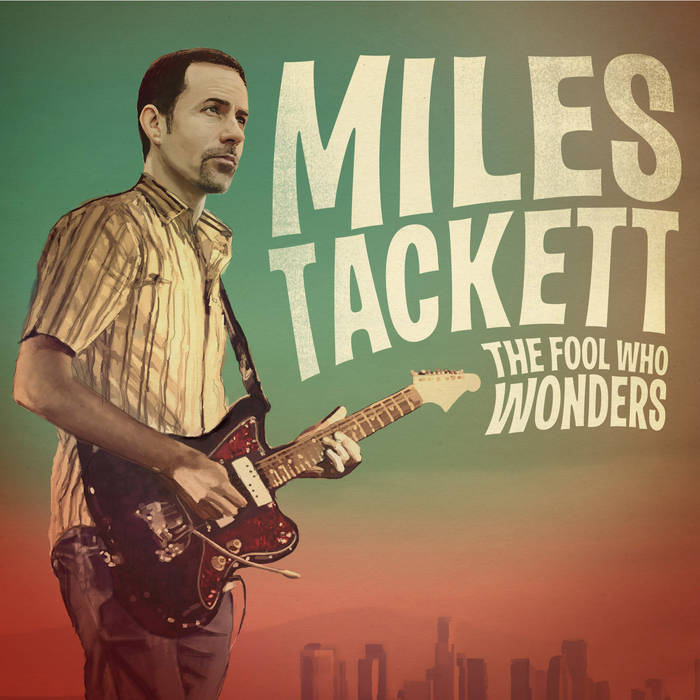 k.j. Songwriting from LA. Favorite track: The Fool Who wonders.

The new solo album from Miles “Music Man” Tackett, The Fool Who Wonders, is a guitar-centric, soulful collection of new vintage sounds. As founder/leader of the Breakestra, Tackett has been busy writing, producing, and performing the funk and soul-jazz sounds that have shaped the Los Angeles underground funk scene for over a decade.

On his new solo release, recorded on analog tape at New Tilt Studio in Los Angeles, Tackett’s master skills as a songwriter, guitarist, vocalist, producer, and engineer are at the forefront as he warmly weaves together soul, & jazz-bluesy psychedelia with the funky soul sounds he is known for.

“Just What I Need” is the first single featuring Tackett on vocals, guitar and keys. Fans of Tackett’s previous projects or even his weekly all-vinyl DJ sets at FUNKY SOLE will all find something unique in The Fool Who Wonders

All others mixed by Miles Tackett
at the New Tilt Studio, Highland park.

Miles Tackett was baptised in the sounds of 60s/70s gumbo rock while growing up in the Santa Monica mountains of Topanga Canyon. Like a heroes adventure the kid hits the city & through the years picks up those sounds as well.
After years paying dues as bassist/leader of funk group Breakestra, Miles returns to his guitar & voice. This new music brings much of Miles' musical travels on home. ... more

Bandcamp Daily  your guide to the world of Bandcamp